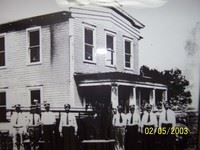 South Houston is adjacent to Pasadena, two miles southeast of the intersection of Interstate Highway 45 and State Highway 3, in southeastern Harris County.

The town was named Dumont when it was founded in 1907 by C. S Woods of the Western Land Company. By 1910 a post office had been established, and by 1913 the town was incorporated as South Houston. The first elected mayor was Walter Tharp.

During the town’s early years local growers shipped the produce of truck farms, including strawberries, figs, and various vegetables, on the tracks of the Galveston, Houston and Henderson Railroad. The development of the Houston Ship Channel helped the development of heavy industries further inland.

South Houston grew rapidly between the 1940’s and the early 1960’s. Its most colorful citizen during those years was George Christy, who served as the City’s mayor from 1949 to 1951 and from 1960 to 1964. Christy was the owner of a circus, and his elephants helped build Spencer Highway.

The community is amply supplied with municipal recreation facilities and public services, including modern fire-fighting equipment, and a library. Nearby attractions include Hobby Airport, the San Jacinto Battleground, and the Lyndon B. Johnson Space Center.